From the day my brother and I got our first computer we were writing games, developing websites, creating computer graphics and animations.

As you can image our creations looked pretty rough as we didn’t know much about computers; when we reached the time that we were to decide about what high school to choose both of us picked to go to a technical high school so we could learn more about technology and computing.

We released our first game when we were in college. Topgun Navy Strike Fighter Tactics was developed for, popular at the time in Europe, Symbian OS platform (most of the Nokia NOT “stupid” phones were running it). My brother prepared all the graphics, music, sounds and the game website. I used my coding skills and gave the soul for the game. When I look from a time perspective at Topgun, I think it was our most successful project. We had over 50k downloads and people would write us emails telling us how much they loved playing our game that had only 5 levels. 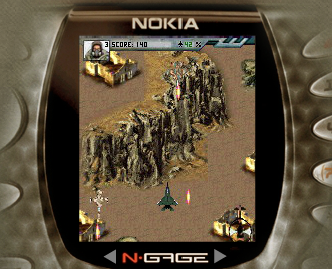 Mobile apps development became our hobby and since the release of Topgun every year we have been trying to bring to live a small software product. Most of our “nightshift” applications end up being used only by our families and friends.

In the next several posts we would like to share with you our apps, tell you about our upcoming apps and present technologies we use in our projects.

I’ve never been very good in writing essays, so I apologize if my blogs are going to be a little bit rough…